In the business of physical security and access control, there is often a painful gap between what the industry knows and the actual systems in place at their client locations. Exhibit A for this “intention versus reality” gap is our old friend, the Wiegand Interface.

Everything we know about access control starts in the hippie hey-day of 1975 when German scientist John Wiegand patented what became known as the Wiegand effect, where specially treated wires produce magnetic fields. From magnetic fields come card readers and to connect those card readers, the Wiegand Interface, a protocol for inter-device communication that has been around since polyester suits and 8-track players.

The communication protocol, with all its accompanying security vulnerabilities, has been with us longer than the Macintosh computer, the world wide web, and cell phones. It’s more than three times as old as the flat-screen television.

None of us want to watch the big game on Saturday on a box TV from a signal grabbed through a rooftop antenna. It would be unimaginable. Then why, with all this innovation, is a nearly 50-year-old security protocol still be installed in high-risk large-scale integrations?

The Comfort of the Familiar

Security integrators are human. And humans love the warm hug of the familiar. What we’ve always done may not be the best thing to do, but why go to all that effort? Why not just wait for customers to ask for it? Isn’t it the customer’s job to research all the new technology and know what to ask for so we can sell it to them? No one’s going to blame an integrator for sticking with the crowd favorite.

Sadly, decades have passed since security was known for its technological prowess. Good enough has become good enough as the innovation intellect has shifted to cyber and web-based risk deterrence. But today, every wire connected to every machine in every building in the modern world is a web-based device. Everything is at risk. Douse it with the deluge of today’s threats and familiarity’s old warmth is now a cold, wet blanket.

The SIA-established Open Supervised Device Protocol (OSDP) has been ready and available since 2015. And yet, for most integrators, on the shelf it stays. Even as of last year, 84% of integrators say they never or seldom use it*, many claiming their lack of “familiarity”—a quickly resolved problem—to be the primary culprit.

The power of the protocol is not just in the advanced encryption it offers (although that is substantial). The bi-directional communication to each device on the protocol puts your entire access control system in constant communication.

OSDP is the long-overdue progeny of the Wiegand protocol. It empowers organizations to have true modern access control, not simply a network of card readers waiting for a cyber invasion.

Imagine if the original iPhone had sat on the shelf, virtually unused, for five years before AT&T, Verizon, and the other telecoms picked it up for use. Imagine the uprising if consumers had known half a decade passed as telecoms willfully kept under wraps this advanced technology, which provided better user experience, data quality, capacity for expansion, and network security? Why do enterprise security customers allow their integrators the same heel-dragging about OSDP?

Because in too many situations, good enough has become good enough. When we talk with nationwide enterprises about their current big brand-name integrator, their answers are often similar. “They react. If something’s wrong, they fix it. But I can’t think the last time they came to me with something new.”

Not so with SAGE Integration. While each of our customers has to plan for the budget and the project management bandwidth to make their OSDP upgrades, we commit to it being a part of the conversation. The responsibility of the security integrator is to understand the landscape, rigorously test technology advancements, and bring to their implementations the best the industry has to offer.

If your access control provider hasn’t even brought up the importance of replacing the old Wiegand connections. If OSDP isn’t a part of their technology roadmap for you, what exactly are they doing?

Considerations for Data Center Security and Getting Personalized Solutions March 23rd was International Data Center Day, an occasion to acknowledge and appreciate the important role that… 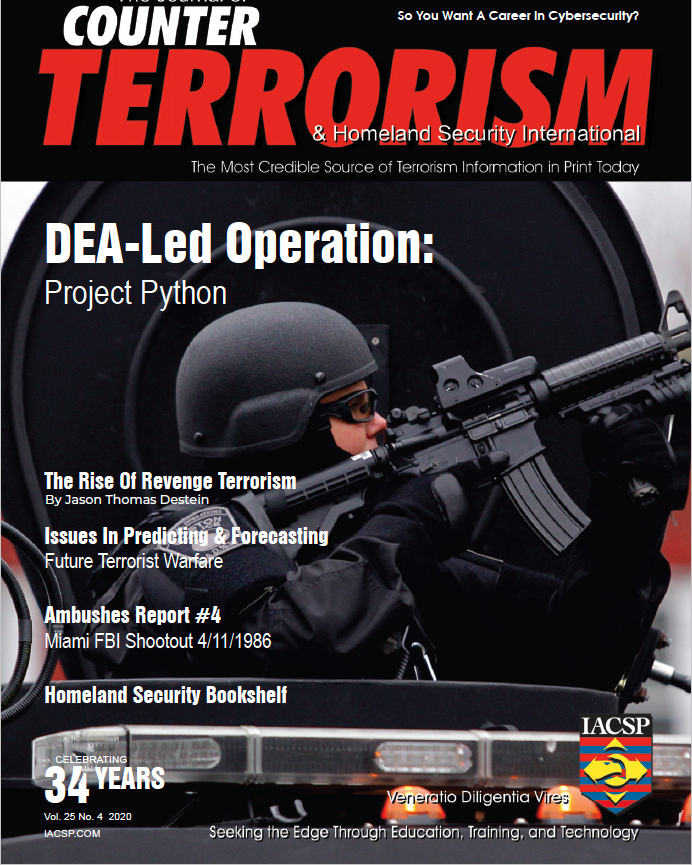 One of the manifestations of the current escalation in terrorist attacks around the world, particularly by loosely affiliated cells and lone actors, is their revenge-driven…

Badges And How They Contribute To The Conversation Around Personal Solutions At SAGE Integration, we’re often discussing not only the overall solutions for our clients,…

Virtual guard services, also known as remote guarding, are some of the most sophisticated and cost-effective monitoring solutions available. Combining advanced camera and sensor technology…

The summer vacation season is finally here, which means millions of Americans will be hitting the road after the pandemic put a pause on non-essential…

Your Security Space June 11, 2022
The Wiegand Interface: A Nostalgia Story
We use cookies on our website to give you the most relevant experience by remembering your preferences and repeat visits. By clicking “Accept”, you consent to the use of ALL the cookies.
Do not sell my personal information.
Cookie SettingsAccept
Manage consent

This website uses cookies to improve your experience while you navigate through the website. Out of these, the cookies that are categorized as necessary are stored on your browser as they are essential for the working of basic functionalities of the website. We also use third-party cookies that help us analyze and understand how you use this website. These cookies will be stored in your browser only with your consent. You also have the option to opt-out of these cookies. But opting out of some of these cookies may affect your browsing experience.
Necessary Always Enabled
Necessary cookies are absolutely essential for the website to function properly. These cookies ensure basic functionalities and security features of the website, anonymously.
Functional
Functional cookies help to perform certain functionalities like sharing the content of the website on social media platforms, collect feedbacks, and other third-party features.
Performance
Performance cookies are used to understand and analyze the key performance indexes of the website which helps in delivering a better user experience for the visitors.
Analytics
Analytical cookies are used to understand how visitors interact with the website. These cookies help provide information on metrics the number of visitors, bounce rate, traffic source, etc.
Advertisement
Advertisement cookies are used to provide visitors with relevant ads and marketing campaigns. These cookies track visitors across websites and collect information to provide customized ads.
Others
Other uncategorized cookies are those that are being analyzed and have not been classified into a category as yet.
SAVE & ACCEPT

Please confirm you want to block this member.

You will no longer be able to:

Please note: This action will also remove this member from your connections and send a report to the site admin. Please allow a few minutes for this process to complete.

You have already reported this
Clear Clear All